True story: One man marries and divorces 6 wives in 10 years.

True story: A woman tells 7 different dentists over 5 years that none of them know how to make good dentures.

True story: A business owner hires 5 marketing consultants in 7 years, yet the business continues to decline.

Question: What do the man, the woman, and the business owner have in common?

Are they unlucky in love, periodontal disease and commerce?

Or, are they willingly unwilling to find success?

The man in the first story is a terrible husband.

The woman in the second story is a lousy patient.

The business owner in the third story….well, you get the picure.

Moral: As you navigate the stormy waters of life, spend some time in self-examination. Failure isn’t a bad thing, as long as you can learn from it and apply what you’ve learned in the future.

Question: What do the 6 wives, 7 dentists and 5 marketing consultants have in common?

Each of them likely ignored many warning signs that they were about to be engaged by an asshole.

Moral: As you strive for love and success, find a way to steer clear of people who refuse to be happy. This often involves trusting your gut feelings as well as your closest advisors. Sometimes that’s hard to do.

*In Ad-Writing 101 we learn that the purpose of the headline is to get you to read the next line. Did it work? 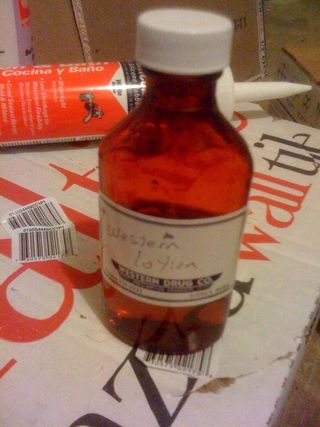 We launched a new client web site last week for ProsoundUSA.com, a company that specializes in improving the phone experience of your customers. Instead of just providing "on-hold messages" and those automated attendant systems that we've all come to hate, ProsoundUSA owner Chester Hull makes it his business to learn about yours BEFORE attempting to tell you what your message should be.

In fact, he takes it one step further and will evaluate how your living, breathing, real-life staff is doing on the phones. His phone evaluation service costs just $149 and if it saves just one sale, would be worth it to most businesses. Followups include not only his message writing and production, but customized phone etiquette training for your staff.

I don't normally gush like this about clients, but Chester is a kindred soul to those of us who believe that building a brand is more than just a cool logo and a funny ad. Chester knows that a brand is built only at that place where the customer's world intersects with the business's world. The phones are often the very first point of contact.

If delivering an outstanding experience to your callers is important to your business, Prosound is your first stop. Take a listen to his on-hold message samples and you'll understand how he's different. And, be sure to subscribe to Chester's on-hold marketing blog, he's got a lot to say about your phones.

About the web site…

Chester hired Wizard of Ads Partner Paul Boomer and I to re-design his old site from the ground up using our Persona-based approach. As Chester will tell you, the effort of putting up a site using this methodology is about 80% under water.

That is, we spent a great deal of time getting to understand Prosound's customers and their motivations…what points of information are important to them and in what order. Only after we understood his business, could we begin to map out pages, sketch out designs and get to the point where most web developers begin their process.

Here's the "after" shot of Chester's site: 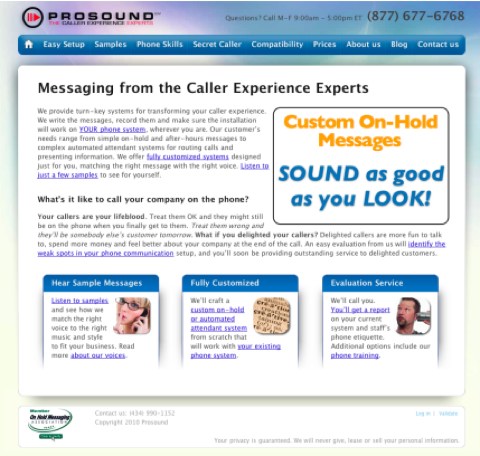 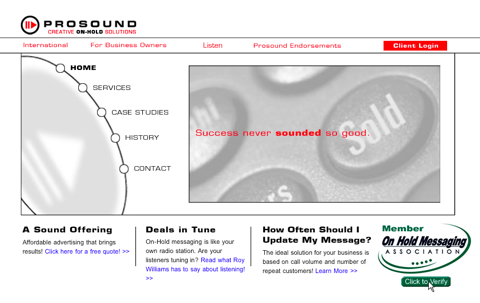