Sonja Howle has been studying art as a strategic tool for marketing for over a year now and has been busy posting her observations and case studies on her American Visionaries blog. Our Wizardly Customer Experience partner, Mike Dandridge picked up on her latest story about The Palm restaurant in NYC.

By sheer coincidence a book landed in my lap 2 nights ago that chronicles the story of an iconic Austin restaurant called Fonda San Miguel. The restaurant is owned by a native of my little hometown in Nebraska, so I’m familiar with it and I’ve dined there. It was great, but my focus wasn’t on the experience as much as it had been if I had "discovered" it myself. 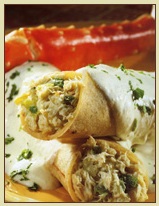 Now the book has allowed me to re-discover what the owners have been able to create over the past 30 years and how they have woven authentic Mexican cuisine (not the enchilada plate #2) along with art and architecture into a truly experiential dinner.

I sent this link to Sonja and suggested that a group of us head to Fonda San Miguel next week when we’re back in Austin. It will be good to catch up with Tom Gilliland and take a look at the place with a different eye.

It’s been a while since I’ve taken a university to task for an idiotic slogan, and by sharing these two stories from the Independent Florida Alligator, I don’t have to. They do a fabulous job of skewering their school for some first-class lameness in branding.

First, an editorial from Thursday:

After paying a firm $85,000 to come up with the motto "an unparalleled university experience that lasts a lifetime," administrators chose to scrap it all and replace it with "the foundation for The Gator Nation."

We couldn’t make something like this up. It sounds like a line from a "Sesame Street" song.

We thought college was about education. Apparently, UF officials would rather market us as Disney World. It’s no mistake that our vice president of University Relations is a former Disney employee.

The next day, Matt Sanchez piled on with this column. Rock on Matt.

After only a six-month run, "An unparalleled university experience that lasts a lifetime" still has some fight left in it – except that everyone now is hip to the fact it doesn’t actually mean anything.

Or there’s always the old standby "Gator football…you pretty much have to."

…So maybe the old slogans were retired for a reason. It’s hard to imagine a revival of the original, from back in the days when UF and FSU were the only choices: "UF: Because you don’t want to go to the all-girls school, do you?"

…Maybe we should try being honest – play to our strengths while not turning people off by sugarcoating things.

In that vein, my personal recommendation is "UF: Cheap and good. Plus you get to beat on the ‘Noles."

After all, that’s pretty much the answer the average UF student would give for why they came here anyway.

Holly’s written an interesting take on the squabbles inside of Kmart/Sears to start carrying Lands End products in their stores. I agree. It will likely do much harm to the exclusive brand name that Lands End has spent decades building.

On the positive side, it opens the door for the growth of the next Lands End. Any takers?