It's the opening line of a Kia ad that has been airing the past few months.  I like the ad. It makes you feel good. I like the Kia models that I've driven. My wife likes the ad. She suggested that I write about it. It works at making you feel good about Kia.

The ad opens with a kid from the past. This helps us suspend disbelief when the announcer gets to the part about Kia. We're quickly ready for more because we've been instantly transported back to Mayberry. We're ready to feel good! When they tell us about the new Kia plant in Georgia, it all makes sense to us and we feel good about that too.

The interesting/curious part: there are elements of the ad that just don't add up.

True: This is a good thing for Georgia, and for the U.S.

Strange: That a kid who looks like he stepped off the set of Leave it to Beaver could be riding a bike that was manufactured in South Korea in 1951. He is later seen riding it in the Georgia factory.

Stranger still: By all accounts (Kia's web site and Wikipedia), Kia was started in 1944 in Seoul. Wikipedia says they manufactured bikes, but Kia's own site says bicycle parts.

I get it. All Marketers are Liars Tell Stories.

The story is, "Kia is a successful company that has been around a long time. We used to only manufacture our products in Asia, but now we're manufacturing cars in the United States. We hope you will like this fact and buy more of our cars."

The inconvenient facts are that it simply wouldn't be effective to show a Korean kid playing with bicycle parts. 1944 was also right in the thick of World War II. 1951, not so much.

If viewers get the idea that those bikes were made in America, so be it.

And, if Kia can avoid tying itself to WWII, instead, to a time when we were allies, what's the harm?

Also…certainly, nobody is going to check the facts are they?

What do you think?

And…was that really a Kia bicycle in the ad?

Driving home from running a few errands, my eye caught a used Chrysler Crossfire sitting on the lot of my local Chrysler dealer. Painted on the windshield was "'05 42,000 miles."  I looped back around to see if there was a price. I'm not really in the market, but I've like the Crossfire ever since I had the chance to chase one around a track a few years ago. I was curious about the price. 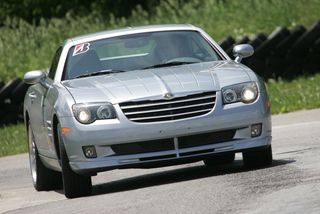 No price marked on the car. (Down the road, at a local used car lot, the prices are all handwritten on the windows.)

I get it. The dealer wants me to call them, to ask for the price, so we can have a conversation. Problem is, I don't want to have a conversation. I live in a small town. Experience has taught me that I'll start getting phone calls from them every few weeks, or until they see me driving a different car. I'm simply not interested in playing this game.

What do you think? Would the dealership be better off putting the price on the car? I can find prices on eBay easy enough. Why not just be transparent? 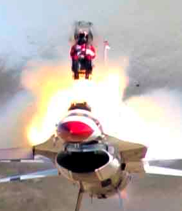 It’s one thing to grab someone’s attention. It’s quite another thing to bait and switch. As a blogger, I get quite a bit of PR email. Today, one came from DENSO corporation with a file attached which was named "DENSO Develops ejector technology for passenger vehicles."

My brain said "CRIKEY! What’s this about?". I opened it and found out that it is some kind of new-fangled air conditioning technology.

By using an ejector that rapidly injects and expands high-pressure refrigerant, the energy that previously was lost in the expansion valve is converted to pressure energy and reused, thus boosting energy efficiency*2. As a result, high cooling and refrigeration performances are both achieved even when the cooler box is used.

“An ejector system can drastically improve the energy efficiency in the refrigeration cycle, and we are now working to develop a system specifically for car air conditioning systems,” said Hikaru Sugi, managing officer in charge of DENSO’s Thermal System Business Group.

Unless you are really into the whole air conditioner technology groove, this is total boredom.

Really, this is just a PR typo, but doesn’t it remind you of some of the marketing and advertising crap you see every day? Don’t do this type of thing in your advertising.

Another example is the stupid travel site emails I get every day. Southwest Airlines sent one the other day which promised Denver-Austin for $79 each way. Not on the dates I wanted, and only on about 2 dates between now and Christmas. Sheesh.

How have the marketers been fooling you?