[Note to bloggers: I believe what Roy is saying here is the reason that blogs are surfacing as such as huge force. They’re real. Blogs are to the internet what reality shows are to television.] 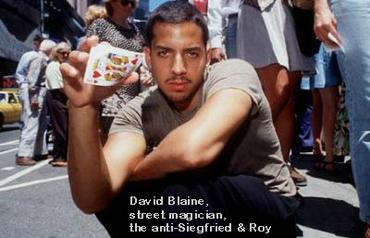 In her 1991 book, The Popcorn Report, Faith Popcorn wrote of a trend called Fantasy Adventure: “What is Fantasy Adventure exactly? It’s vicarious escape through consumerism, catharsis through consumption. It’s a momentary, wild-and-crazy retreat from the world into an exotic flavor, a ‘foreign’ experience, some product-assisted derring-do of the imagination.” Soon after that, we saw The Disney Store make its appearance in the malls of America and ChuckECheese gave us the first animatronic band, The Rock-afire Explosion. Then the powerboys of Las Vegas announced a series of themed retreats, each one carefully designed to make us feel as though we were walking through an Indiana Jones movie.

Ms. Popcorn defined the difference between a fad and a trend as….

2 thoughts on “Monday Morning Memo: The Feel of Real”