This is Mistake #9 of the 12 Most Common Mistakes in Advertising, as presented in On Your Market. END_OF_DOCUMENT_TOKEN_TO_BE_REPLACED 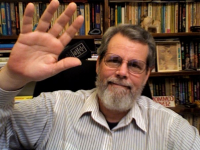 Emotional Intelligence. Do you have it? How would you know? I was certainly curious about the topic, so I interviewed my Facebook friend, Carmine Leo. He’s a life coach who works with high performance individuals, executive staff and even plain old folks who just want to get more out of life. The tools of Emotional Intelligence and Emotional Literacy are the means of helping his clients understand their choices and how to act.
One thing Carmine and I have in common: We both choose to live in tiny little places, off the beaten trail.

Join us on our first ever conversation this week and learn with me about a topic that can help you get more out of life.