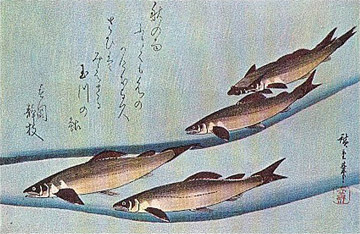 Gosh. I’ve been using the word “deconstruction” incorrectly and words are important to me.

Sunday, Oct 10, 2004 – A New York Times story reporting the death of Jacques Derrida is headlined, “Celebrated Philosopher Created Deconstructionism.” Since deconstruction is a word I often use to describe my method of research, I was surprised to read its dictionary definition: “a method of literary criticism that assumes language refers only to itself rather than to an extratextual reality, that asserts multiple conflicting interpretations of a text, and that bases such interpretations on the philosophical, political, or social implications of the use of language in the text rather than on the author’s intention.”

Heck, I had always assumed the word meant, “To disassemble a thing for the purpose of learning how it’s made and what it’s made of.” Construction, to my way of thinking, is an action taken consciously, deliberately, and with a purpose in mind. Deconstruction should be likewise. It was just such a deconstruction of the human mind that led to my theory of Thought Particles, answering that seldom-asked but profoundly important question, “What is the smallest unit of thought?”

You’ve heard of the guy who tells you how to build a clock when all you really wanted was to know the time? Well, I’m the guy the clockbuilders joke about, the one who wanders off into a discussion about the cyclical nature of the fourth dimension. Arooo! Aroo-Aroooo!

Graduates of the Magical Worlds curriculum – the Cognoscenti – know that I’m a bit like The Poky Little Puppy in the children’s book, wandering off into unexplored territory, poking my nose into places that seem interesting, leaving it to others to figure out how to use what I’ve found.

The others to whom I refer are the nearly 2,000 students of Wizard Academy and my 31, carefully chosen Wizard of Ads partners. In a private meeting held on October 1, I shared with my partners the criteria I had used in their selection. The look of absolute amazement mingled with complete understanding on their faces was priceless. Later that day, 2 of them – Walt and Ron, a couple of radio lifers – asked if they could “dumb down” the expansive Magical Worlds curricula and teach how it specifically applies to radio advertising. Since my schedule allows me to teach the 3-day Magical Worlds course only 4 times in 2005, Ron and Walt’s first 2-day radio class will be November 9-10. (See complete details at www.WizardAcademy.com.) Then Michael – a TV guy – asked if he could take my 108 stories of Invisible Heroes and turn them into a syndicated feature. I look forward to seeing the 108 on the screen.

The Academy is thriving. Clients are thriving. Partners are being hired to do what my schedule won’t permit me to do. People are being helped. Life is good.

Think deep thoughts. And have a great week.