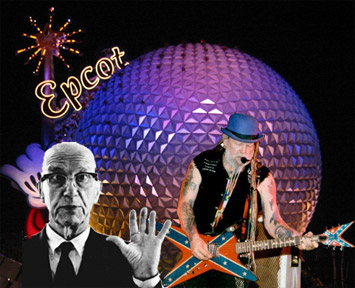 Have you ever been in a place and wanted out of it? A place in your life I mean? A time when you decided, “You can keep the cheese, just let me out of the trap?”

Being out of the trap is good.

In 1977 David Allen Coe wrote a song about walking away from the cheese called “Take This Job And Shove It.” Then Johnny Paycheck shoved the song all the way to number one. This turned the once homeless Coe into a successful songwriter and gave him a beautiful home in Key West and in theory, made him a taxpayer. Later when the IRS seized his new home, Coe went to live in a Tennessee cave until he got back on his feet. But Coe’s passion was for writing songs and playing his rebel guitar; making money was never his cheese. So he continued writing and playing and his money returned like a dog that had wandered far from home. David Allen Coe no longer lives in a cave.

Being out of the trap is good when you crave a change of scenery, but never fool yourself into believing you’re not headed into another trap. Cheese always comes at a price.

Behold, the power of cheese.

I think I’m one of about twenty Americans who never read the book Who Moved My Cheese? so I don’t know if I’m asking the same question Johnson and Blanchard asked or if I’m on a different track altogether. But my question for you is simply this: Is the cheese you’re after worth the price you’re paying for it?

Heck, do you even know what cheese you’re after?

Most of us are chasing cheese we cannot name,……….