[NOTE from Dave: Willing? I don’t know anything else. People have been trying to stifle my weirdness all of my life. It’s never worked (stifling it) and I’ve never been more successful than when I finally embraced it, quit my day job and became a full-time Wizard. How weird is that? Wizard for hire. My wand works on web sites, retail stores, ad reps and damn near anything I point it at. Weird, huh?] 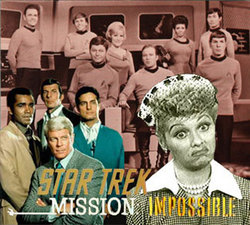 What’s up with that?

You can’t imitate your way to excellence. It can be achieved only by breaking away from the pack, abandoning the status quo.

But breaking away from the pack is also the way to spectacular failure.

Are you beginning to understand why there is so little excellence in the world?

If there is, somewhere, a Book of Days, what will be written in it about you? Will the book say you played it safe, never took a chance and were buried in such-and-such a place?

The New York Times tells us, "She embarked on a show-business career at 15 by going to Manhattan and enrolling in John Murray Anderson’s dramatic school. From the first, she was repeatedly told she had no talent and should return home. She tried and failed to get into four Broadway chorus lines, so she became a model for commercial photographers. She won national attention as the Chesterfield Cigarette Girl in 1933. This got her to Hollywood as a Goldwyn chorus girl. For the next two years she played unbilled, bit roles in two dozen movies. She then spent seven years at RKO, where she got leading roles in low-budget movies. But she was wrongly cast and mostly wasted in films."

In all, Lucille Ball appeared in 72 B-movies before she became too old to be…