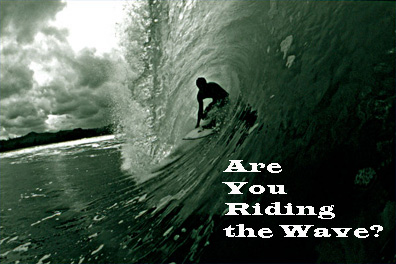 1. transactional customers are bargain hunters, and
2. brands are built on relational customers, and
3. the split between transactional and relational shoppers in most product categories is roughly 50/50, and
4. the key to successful advertising and profitable face-to-face selling is to speak to each group in their own language.

You’re about to buy a hardback book online. You go to DealTime.com, type in the title of the book, and get an instant list of hyperlinks to every online seller that has the book for sale, complete with shipping costs, etc. At the top of the list is the lowest price. Do you click it?

According to a just-released study by MIT’s Sloan School of Management, only 49 percent of 10,000 monitored shoppers chose the lowest price. Fifty-one percent scrolled down from the lowest prices at the top of the list to buy from a better-known retailer down below, voluntarily paying several dollars more to buy from a vendor they knew.

Due to the left-brain, "pure logic" perspective of MIT, the research team said they expected close to 100 percent of the shoppers to choose to pay the lowest possible possible for the product. "The vicious price competition predicted by retailers and economists is not what we found," a spokesman said. "People were willing, on average, to pay $3 more to buy from Amazon."

But the MIT findings didn’t surprise the CEO of Best Buy, America’s number one electronics retailer. After analyzing the purchase histories of several groups of customers, CEO Brad Anderson discovered that just 20% of Best Buy’s customers were responsible for virtually all the transactions in which the company lost money, while an entirely different 20% accounted for the bulk of store profits. In early 2004, Anderson began training salespeople in 100 pilot stores how to quickly recognize and accommodate the high-profit customers. In other words, they began training salespeople to "Talk to the customer in the language of the customer about what matters to the customer."

Would it surprise you to learn that Best Buy’s 100 pilot stores are posting sales gains that are double the sales gains of the other stores? Not surprisingly, Best Buy is now converting additional stores to the new model. CEO Anderson says that a company should view itself as "a portfolio of customers, not product lines."

In a November 8, 2004 Wall Street Journal front page story, Anderson confessed to wanting to lose up to 20 percent of his store traffic – the most deeply committed of the profit-sucking Transactional customers. To deter these undesirables, the pilot stores are cutting back on the promotions and sales tactics that tend to draw them, and culling their names from direct-mail marketing lists.

Surprising though it may be, I can assure you it’s the wave of the future. And Wizard Academy is riding the wave. Are you?

Last week my friend Mark Huffman, (a gifted researcher and advertising production manager for the world’s largest advertiser,) forwarded a news story that indicates the rise in volunteerism I’ve been predicting for the past 10 months has now arrived. In a November 1, 2004 memo titled Marketing in 2005 and Beyond, I described how the torch is currently being passed from a "me" generation to a "we" generation. I also made a number of specific predictions. Numbers 5 thru 7 were:

1. I got a message yesterday from Jeff Eisenberg. We haven’t connected yet but we will. Thanks for setting it up.
2. Check out this first article on volunteerism. You may be right again, oh master wisard.

I pray you have a wonderful Christmas. Any big plans?

It feels good to be right sometimes. Thanks for letting me strut a little. Next week I’ll be less full of myself, I promise.

PS – We dug through the archives of 14 different computers to find nearly all the Wizard Academy class photos taken since the school was launched in May of 2000. See if you can find yours in the GALLERY at WizardAcademy.com