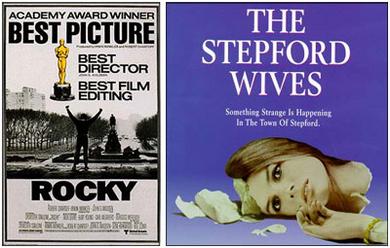 I recently wrote a Monday Morning Memo called Just a Regular Guy about how Chuck Wepner’s fight against Muhammad Ali provided the inspiration for Sylvester Stallone to peck out the screenplay of Rocky, a low-budget film that, against all odds, won the Academy Award for Best Motion Picture in 1976. As expected, I was flooded with emails from people sharing stories of friends and family who “like Wepner” valiantly did their best in the face of insurmountable odds.

Funny thing is, that wasn’t the point of the memo. Go back and read it and you’ll see that I portray Wepner as a faithless and short-sighted goober who chose a 70 thousand dollar flat fee instead of an offered percentage of Rocky’s gross receipts that would have netted him a sizzling 8 million dollars. My memo closes with the stinging accusation, “Stallone believed in Wepner. Wepner didn’t believe in Stallone.”

The response to Just a Regular Guy is a perfect example of how a vivid Mental Image can easily override the narrative arc (story.) A mental image is…(continue reading at WizardAcademy.com)