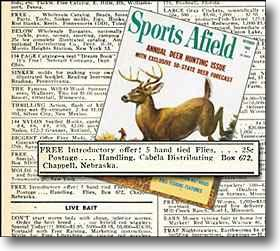 The terms of a sales offer and how you position it in the minds of customers is paramount to determining success. Craig Arthur, our Australian marketing expert, joins me this week for a look at a few examples where tweaking the offer has made a big difference in sales…sometimes in the very existence of the company.

We talk about the solar industry, auto sales, cell phones and give the example of how changing the offer in the early days made a difference in how Cabela’s grew from a kitchen table home-based biz to a multi-billion dollar retailer.

I didn’t get all the details of that very first Cabela’s offer exactly right because I was going from local folklore. I found an article that will give you even more depth if you’d like to read about it. It’s a great story.

I hope you enjoy this podcast. If you have any questions or would like to recommend guests, please do so in the comments. 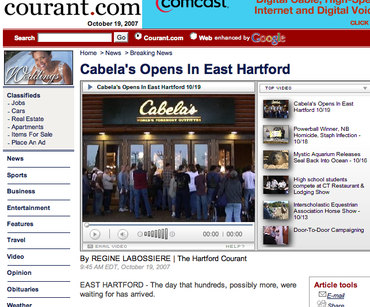 It’s Customer Satisfaction Month at Fast Company and they’ve put up a wealth of news and awards for companies who have been singled out for excellent Customer Service and satisfaction.

Of note around here is that Cabela’s has fallen off the list (they were on it last year). It’s particularly troubling to me because I live in their headquarters town.