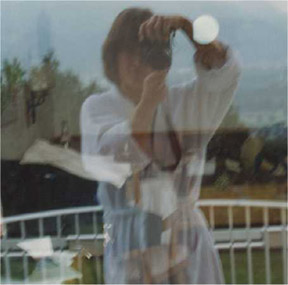 By Roy H. Williams
When I presented my latest research to a theater full of businesspeople and advertising professionals in Stockholm, Sweden, a number of them immediately bought plane tickets to cross the Atlantic for the full Wizard Academy experience. (To meet a few of these people in a short video, click here.)

A month later in Sydney and Melbourne, Australia, same result.

The first published glimpse of this new material was the Monday Morning Memo I sent to you on December 15, 2003. Since that day, I've been feverishly researching my December hypothesis and found the rabbit hole goes far deeper than I suspected. The conclusion of the matter – including some startling predictions concerning the next 4 years – was the essence of the presentation I made in Stockholm and Sydney. I'll be making that same multimedia presentation during our October 2 Celebration in Austin. Be sure to let us know if you can come. It's important that we have an accurate head-count for food, etc.

A Word to the *Cognoscenti: 2003 marked the end of an era of societal preference toward Claude Monet ‘impressionist-style' communications and the beginning of a new era of preference for Robert Frank-style ‘unposed reality.' Get the details and see the evidence:

A succinct glimpse of where we're headed as a society is embodied in the
following quote from a recently published work, “When you grow up, you have to
give yourself away. Sometimes you give your life all in a moment, but mostly you
have to give yourself away laboring one minute at a time.” – Gaborn Val Orden

Remember what I wrote to you recently about serving others?

*(The Cognoscenti are graduates of the Magical Worlds Communications Workshop.)

Okay, so instead of giving you a concise Monday Morning Memo to read this week, I've just been rambling about things that have me excited. So now I'm going to make a hard left turn and emerge from the jungle of wild exploration to roll proudly onto the prairie of practical advice; I'm going to give you some pointers about how to use radio advertising more effectively. So if you're not into
advertising, right here would be a good place to quit reading. Thanks for your indulgence. I promise to write something fun for you next week.

Shakespeare would argue for fifteen-second radio ads, “Brevity is the soul of wit.” But W.C. Fields would suggest sixties, “If you can't dazzle them with brilliance, baffle them with bull.” I agree with both.

When people ask me, “What's the best length radio ad?” I always think of Abe Lincoln's answer when asked, “How long should a man's legs be?”

Long enough to reach the ground.

In other words, a radio ad should be exactly as long as it takes to say what needs to be said.

The most common mistake is taking too long to say too little. The second most
common mistake is allowing your budget to dictate the length of your ad. Never
try to squeak by with fifteens and mentions when what you really need is thirties or
sixties. Sacrifice reach, never ad length. Buy a less expensive daypart. Or a
smaller station.

Make your message exactly as long as it needs to be.