These guys rock. David Lively and Raffy Pendery are the brains behind Greysuit Retail and now Greysuit Apps.

Their mission is to make the techie side of the web easier for retailers. They’ve built a platform for managing a small retailer’s ecommerce, blog, web, craigslist, email and more. Now, with Greysuit Apps they can help you manage the ever-growing complexity of marketing on Facebook.

In the middle of the podcast, I asked how they came up with the name Greysuit. They went into a story about how laid-back they are and how they hardly ever even wear shoes. So, I thought I’d go swipe a photo of them from Facebook to use in this post. What did I find? David Lively in a dark suit-coat and Raffy in a tux. Sigh. So, I grabbed this image off of their web site instead.

Here are the links we talked about in the podcast: 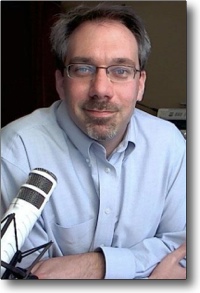 Adam: Dave, today were sitting down talking about measuring radio effectiveness on a website.

Dave: That seems like a crazy idea, doesn’t it? END_OF_DOCUMENT_TOKEN_TO_BE_REPLACED