A Politically Incorrect Search for Adventure 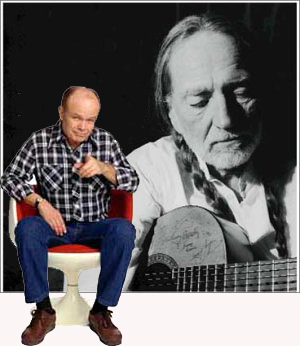 By Roy H. Williams
This year marks the 400-year anniversary of the publication of Don Quixote, so I seized the opportunity to spend some hours in the study of 1605. (Arooo! Aroo-Aroooo!) And as all such beagle runs will do, this one led to a delightful surprise in the form of one ‘Baltasar Gracian,’ a Spaniard who was 4 years old when Don Quixote was published and 15 when Cervantes died.

As an adult, Gracian was rival to Niccolo Machiavelli, author of The Prince, and his writings are the rich, sweet antidote to the bitter sting of Machiavellian code. Gracian’s interpreter, Christopher Mauer, describes him this way; "In Gracian’s world, no rules, no instructions, no set of [7?] habits lead directly to success. Rules are inflexible; no book of instructions will ever compete with the randomness of human activity; and any habit or pattern of behavior makes us predictable and therefore vulnerable to others: it is easy to shoot the bird that flies in a straight line, or defeat the person who always plays his cards in the same manner… For Gracian it is a melancholy fact of life that fools outnumber the intelligent and a large part of their foolishness lies in an inability to move beyond appearances to what lies within. Funny, subtle, loyal to his friends and a lover of natural beauty, Gracian is far more delightful company than his Jesuit records suggest." Yes, Gracian was a Jesuit priest who stayed in trouble with his uptight superiors.

Here are a few examples of his anti-Machiavellian wisdom:

"The eyes of the soul are drawn to inner beauty, as those of the body are to outer."

"The French have always been gallant, and this was the path that led Louis XII to immortality. Those who had insulted him when he was Duke of Orleans feared his succession to the throne. But he turned vengeance into gallantry with these inestimable words: ‘You have nothing to fear. The King of France does not avenge the injuries done to the Duke of Orleans…’"

"It takes subtlety to turn a defect into a distinction. Be first to confess your faults and you’ll have the last word: this is not self-scorn but heroic boldness. Unlike what happens when we praise ourselves, self-criticism can make us seem nobler."

"Some come home from their travels as uncouth as they departed. Those of little depth make little use of worldly observation. Ambrosia was not made for the taste of fools, and no such knowledge is found in redneck bastards, who never stir from the here and now."

Okay, I’ll admit I substituted "redneck bastards" for Gracian’s original invective, but only because I thought it fit the paragraph. By the way, I have nothing but deep respect for the agrarian lifestyle and I revel in the earthy wisdom of farmers. Singer-songwriter Willie Nelson is not a redneck bastard. Eric’s father, (the fictional TV character from That 70’s Show) Red Forman, is. The Redneck Bastard is every man of closed-minded platitudes and belligerent, self-righteous certainty who has neither the will to understand his adversary’s heart nor a hunger to learn the truth. The Ku Klux Klan exists because of Redneck Bastards.

Thank you for not being one.

PS – Tell your friends you’ll wave to them while you’re on TV. All they have to do is go to www.FreeWeddingChapel.com at a pre-appointed time while you’re visiting the new Wizard Academy campus and they’ll be able to see you waving at them from any online computer in the world. Wizard Academy’s fearless telephone pole climber, Sean Taylor, and his trusty sidekick, genius web programmer Thomas Tucker, have set up a live webcam to let you watch the work in progress. Most of the time the camera will be zoomed in at Chapel Dulcinea, but Thomas says he may choose to program the camera to swivel around and zoom in at different places throughout the day. Take a look!