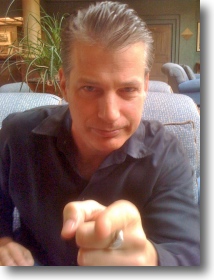 I managed to corner Mark Alan Effinger for this week’s podcast. If you know Mark, you’ll really enjoy this episode. If you don’t know Mark, just buckle your seatbelt, hit play and hang on.

Mark and I helped teach a book writing workshop several years ago with an all-star cast led by Mike Drew.

This is the kind of conversation that I love having with Mark. We’ve had so many of these, and this is the first I recorded for a podcast. I know there will be more. Effing Effinger. 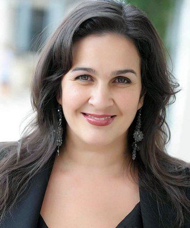 I had a blast recording this week’s episode. The Evil Wiener is a mobile food truck business in Austin, started by Anna and Jeff Cummins and their partner Roger Zapata. Jeff and Roger have impressive professional foodie credentials. The idea for The Evil Wiener was hatched (as you probably guessed) over a few beers one evening. Anna had no choice but to sign on as den-mother and Chief Marketing Officer.

The double entendres flow freely in this interview and also through the menu and the cult following that the Wiener has developed in just a few short months of operation.

They’ve already been featured in a segment on The Food Network’s Eat Street and they are winning new accolades and followers every day.

We talked mainly about how they built the business from conception to launch. I hope you enjoy it and that you get a chuckle out of the humor.

“I can’t wait to come to Austin and get my hands on a Naked Cowgirl.”
-Dave Young 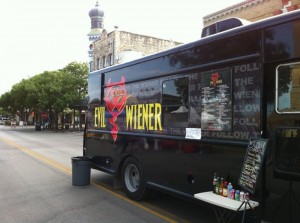 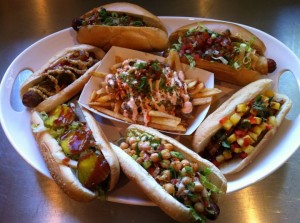