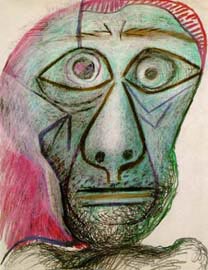 “Writing comes more easily if you have something to say.” – Sholem Asch

Likewise, it doesn’t matter how good you are with nouns and verbs when the core message itself is boring. There’s no good way to tell a bad story. Ultimately, it is the core message of your campaign – the blueprint – that determines the success of your advertising.

One of my great failures as a human being is that I don’t know how to make small talk. I’m being totally serious with you. I’ve never been able to master the art of talking without saying anything. I suppose it’s why the people I meet in social situations often get the mistaken impression that I don’t like them. My awkward inability to make small talk makes me a horrible party guest, but a better-than-average ad writer.

Let me speak frankly: I’ve been extremely successful as an advertising consultant because I’ve been able to convince courageous businesspeople to throw caution to the wind and say something in their ads that actually matters. Do you remember a chapter in Secret Formulas of the Wizard of Ads called “John Young’s Fortune?” John Young and his business partner, Jim Abrams, have been clients of mine for a number of years. Here’s an ad they recently let me write for one of their newest franchises. It’s a good example of what I’m talking about: