First, the strategy: Anna Gerard wrote up a nice story about a fish market near her home in Australia.

"People here have this deep belief that the closer the seafood shop is to the water, the fresher the seafood."

Read how her favorite seafood shop has closed the loop and made the customers feel like the water has come to the shop.

Now, the Society: I joined the Society for Word of Mouth last week. SWOM (members are Swommies) was started about a month ago by Jackie Huba and Ben McConnell of Church of the Customer fame. It’s free and it’s a fun group of people. The SWOM website uses the Ning platform so it’s full of social niceties. You get to build your own page and contribute to forums and a group blog. Come on in, the water’s warm! 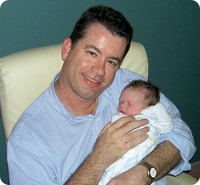 Our Wizard of Ads Partners from DownUnder have posted some happy news!

One of the nicest thing about Craig Arthur’s site is that he makes pdf files of all his posts available.

“One man, scorned and covered with scars, still strove with his last ounce of courage to reach the unreachable stars; and the world was better for this."
– Don Quixote

When it comes to marketing and advertising, everyone is an expert, everyone has an opinion.

“Half my advertising is wasted, I just don’t know which half.”– John Wanamaker (1838-1922) retailer, Philadelphia

“Many will think that they can with reason blame me, alleging that my proofs are contrary to the authority of certain men held in great reverence by their inexperienced judgements, not considering that my works are the issue of simple and plain experience which is the true mistress.”

Ok, so what am I trying to say?

When it comes to marketing and advertising form your own opinions, come to your own conclusions don’t follow popular opinion or traditional wisdom.

In marketing and advertising the grassy road less travelled is your best choice for success.

© Copyright 2005 Wizard Academy® – All Rights Reserved
Reprints are happily granted IF each page is duplicated in its entirety, including headers and footers.