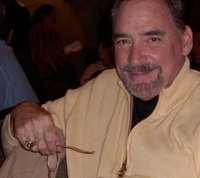 Dennis Collins retired from a 42-year career in radio on October 6.

I caught up with him for this week’s podcast to gather a few of his priceless management and sales management gems of wisdom. We also talked about his future plans and how he will be making himself available for consulting and training opportunities. If I had a sales staff, Dennis would be my go-to guy. If you want me to put you in touch with Dennis, drop me a line.

This week’s podcast is sponsored by Shortcut Blogging. 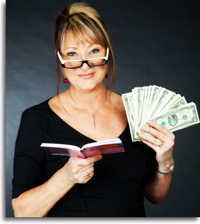 Jean Carpenter-Backus is gaining fame through her moniker “The Naked Accountant.”

I interviewed Jean on a beautiful Friday morning in Austin, TX out on the plaza at Engelbrecht House, the student dorm at Wizard Academy.

We talked about how she found Wizard Academy, her unique classes and her plans for new books and some ideas for preventing embezzlement in a small business.

Jean has led a most extraordinary life. We don’t go too deep into the back story in this interview because the Austin American Statesman recently did a lengthy biographical sketch. I encourage you to read it.

I hope you enjoy listening to this one as much as I enjoyed interviewing Jean.

Article about Jean in the Austin American Statesman